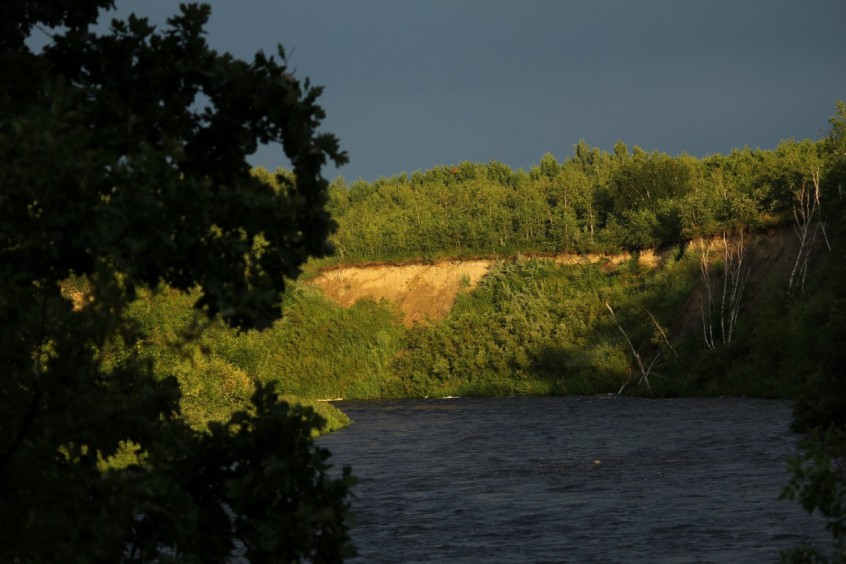 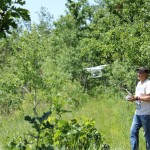 Years ago the tradition started with a group of friends spending a weekend together doing the things we love.  We had basic electric airplanes with 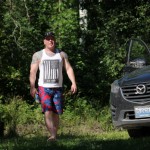 cameras and video transmitters which graduated into head tracking cameras and batteries that gave us half an hour of easy and enjoyable flight time.  Days that we were laid up due to weather became game sessions, playing well into the early mornings.  For the last few years we would usually head to a spot along the Winnipeg River but this year a chance came to try a new location and we were not disappointed. 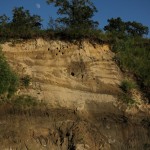 Sand cliffs along the water 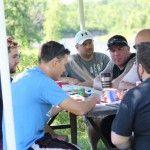 Before I go on, here is a little backstory.

Two years ago in August, I was contacted by someone representing the Rainbow Trout Music Festival.  (http://www.rainbowtroutmusicfestival.com)

They were curious about getting some aerial pictures/video and presented us with a chance to attend as VIP’s so that we could be center stage in order to capture what they wanted. 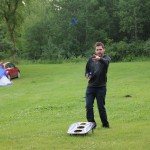 Dub looking good even though he gets beat

Now these are some of the nicest people you will meet.  The organizers have been doing this for years and when we attended there were nothing but smiles and praise for all aspects of the weekend. 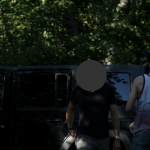 There were 500+ people attending and everything was operating as expected.  Bands were playing.  Food cooking.  People dancing and swimming in the beautiful Rosseau 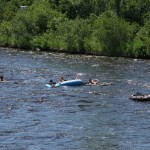 Rapids taking them back to the camp

When we first pulled up were greeted by Georges and Florence Beaudry, owners of 200 acres of beautiful country where the festival is located.  We were welcomed into their home and enjoyed lunch with them, feeling immediately at ease with these people who were both perfect hosts, and made us feel at home.

After lunch we were given a front row seat to the events and delivered video to them for their promotions. 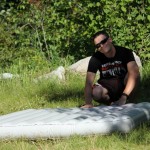 Mayer getting his bed ready 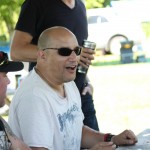 Now fast forward to this year.

When a chance came up to rent the property for the weekend, we jumped at it.  Here at alpha we believe strongly in strengthening our team.  That means spending time together doing things that we all love, with the people we love. 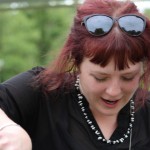 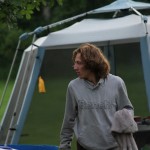 DT after waking up

Staff, family, clients, and friends attended.  Half of us brought most of our hangars represented by RC planes, drones for racing, and ones meant more for camera work.  We had a few cameras going (ones with real lenses) and for the most part, the weather cooperated.

Let me try to describe the area.  The picture will do more justice than I can do with words. 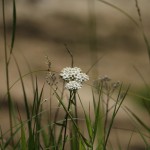 Some of the flowers

The sound of the river. 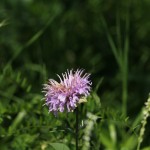 A weed I am sure, but a pretty one.

Because of all the rain, you have a faster running river than I remember the first time I had been here.

Bubbling rapids.  Not too deep as you can stand in it, so not great for swimming.

Great for inflatables.  Air mattresses, tubes, anything that floats.

Due to the nature of how the river winds, learning the short cuts that allow us to cut across through trails that take five minutes, to ride the water around the horse shoe for ten. 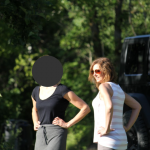 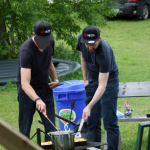 DarkTech and Dub get some food ready

when you have a hot sunny day.  Water that is comfortable within minutes and you can enjoy the fast ride to your get off point. 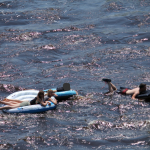 Close up of them as they float by

Miss it, well you won’t go too far, but you may not be happy with the jaunt through the bush to get back to camp.  Didn’t happen to us, as we became accustomed as to how to navigate to the shore when needed. 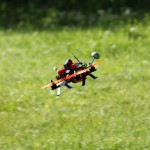 We would get out just to look at each other and ask “again?”.

Frisbee’s and footballs.  Board games when the sun disappeared.

Even a sing along on Saturday night when our host brought out the guitar and harmonica and got us to join in to a version of “On the Bayou” sung with words “at O’rosea”. 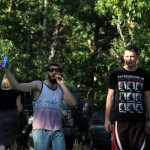 Hashbrown and Mayer priming for the weekend.

By the time Sunday afternoon rolled around, and all the tents were packed, we had become attached to this hidden spot that let us disappear.  Basic internet at the house if you needed it, but other than that, NO CELL SERVICE!!

You would think that would be a bother, when it fact it was the opposite.

One that we will look forward to year after year. 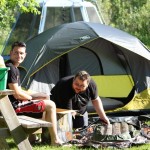 Radio and Mayer blowing stuff up.

Friends of alpha, let us know if you can make the time next year. 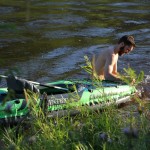 We would love to have you.